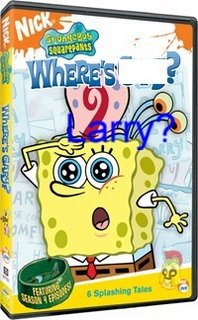 Larry Keiler is known for his reclusive nature because he has not given an interview since 1978, and has not made a public appearance as “Larry” since that time. However there are rumours of his appearance in the form of his alter egoes. One rumour had him playing the bag pipes for ACDC in a surprise appearnce at a small nightclub in Sydney Australia. Another rumour has circulated that he has frequented Octoberfest playing the most unlikely of instruments, the accordian. Some of have claimed they have witnessed him chanting under a bodi tree.

If you take Waldo, J.D. Salinger and Andy Kaufmann and mix them together you would produce Larry. Recently there has been a discussion of Larry sightings by some Dove Tale members. In the interest of our membership I believe further investigations may reveal his where abouts.

If you know of any sightings of Mr. Keiler please post your comments here.

I met with Larry the other day in Lunch Bucket Ontario. We shared a peanut butter and jelly sandwich. We talked about relativity of fantasy and the reality and the possibility of alternate dimensions. When I asked about Lunch Bucket’s position within the space-time continuum. He stated “don’t get me going”.

Actually I had suggested he run for the mayor of Lunch Bucket a few months earlier. But alas he shoved my suggestion aside with a comment that “Politics is for Punks.”

There's a impressing picture of Larry Keiler on his mental blog. Does that count as real? Does that help in the search of him in the detective world?

Why of course...any pictures of Larry are very rare. So Yes it does count.

Well, there are the whisperers, too, you know. Those who say Larry just pretends to be the Larry we all know and love. He actually is a member of the radical right, and his real name is Barry. Works undergound as a secret service agent reading blogs to find the subversives.

But I, Xena, don't believe a word of that nonsense - there is no Barry, and WT, to answer your question on another posting, yes, I'm real. I'm as real as Larry. As real as Bobby Bacon, and (dare I say) as real as wild things and Wild Thing.

Larry-Berry
Radical-right
Being what he is
But not quite

alter ego
hidden I
where is Larry
Oh my oh my!!!

the truth is Barried
underground
where in the world
will Larry be found?
-------

Radical Right.Sounds like a going expression. Surprized me though. Always thought the left was radical. Right- conservative, resisting change...
-------

Larry Barry frets
don't get me going
Don't get you going
where, Lar'?

Where is it you
don't want to go
when no one even
knows where you are? Ohoh!

Xena believes
Larry is real
'ccepts none of it,
whispers no big deal

Larry is Larry
Larry is here,
while October festing it up
with a barrel of beer

Barrie is not
Barrie is fantasy
Larry The Real illiminates
Barry the Creep, yippee!!!
----------

First of all, he's never been Downunder. He's been down. He's been under. But never both at the same time.

This is how rumours metamorphose...like the faulty whispered telephone line. In fact, it was Sydney Hartha who was sighted playing Uillean pipes with the Proclaimers in Edinburgh. Anything else is surmise and speculum. Unfortunately, Syd's moment of fame was somewhat marred by the fact that he had only just finished walking 500 Miles and was already rather winded.

Further...the photo on Mental Blog is indeed HWSRN in his dreadlock disguise, as the caption states, not Larry Keiler. Who do you think was taking the photo?

Fact is, Larry don't get out much. And since HWSRN bought the flat screen monitor, Larry is even more constrained than he used to be when he had the entire run of one of those big clunky beige monitors!

With regard to the accordion, Larry avers it’s nothing but a Stomach Steinway, and nothing more need be said. He will, however, debate with anyone, anytime, anywhere. Except under the bodhi tree, which, when you think about it, encompasses quite a large expanse of Indian territory.

So there you have it. You may place Larry in the Loch Ness monster file. Thousands of sightings, all blurry.

You Peeple! You're all forgetting and can't you see that Larry just blowing sunshine up your whozis?

Larry can be found anytime at the Yoni School for Wayward Poets. It's not like he can just waltz out of there anytime he wants! It is, after all, a maximum security institution. He gets a day pass...rarely...and usually confirms with remarkable promptness the unerring accuracy of his seven year sentence.

I know I saw the photo of H.W.S.R.N. on Mental Blog. I can see the picture still with my mind's eye. I wanted to see the photo again. The photo taken by Larry? But my oh my, methinks that photo distappeared. 'tsnot there no more. Space time continuum twilight zoned it away. A star collapsed. H.W.S.R.N. is in the black hole. Larry remains, but where is Larry? Where is Lunchbucket? Bobby Bacon broke the code. See as that he entered Lunchbucket and shared peanut butter and jelly sandwiches with Larry. What happened to the photo?

Care packages may be sent to Yoni School, Cell Block A, #5556969. If you sneak a file or hacksaw into the sandwich, be sure and leave a note so that Larry won't bite down too hard and break a tooth.

Larry also sez, Xena, are you reading his mail? How did you know he still gets letters asking for contributions from the Deformed Party of Canada? Preston Mannish sends him love letters every Valentine's day. He's on Rush Limbaugh's Christmas mailing list. And Pat Robertson prays for him daily. In spite of this, Larry continues to smile goofily like Alfred E. Newman and say, "What, me worry?"

Mmmmmmmm, yes! Peanutbutter (crunchy) and banana on thick slices of crunchy bread!!! One could get lyrical over that.

Is Larry on bread and water in max?

Sidney Hartha. Anything to do with Siddhartha? Walking miles after pennyless miles to find the answer to Life?

Are the Proclaimers in Edinburgh a music group? Does Siddhartha play the Uillean pipe or the proclaimers? Do I ask too much?

My Mom always told me that one idiot could ask more than seven wise men.

Oops, I think that was '
"one idiot can ask more than seven wise men can answer."

Rush has it in for Michael J Fox. Poor Rush he was only suggesting that Mikey was a ham for the cameras and therefore only obtained his illness for political purposes. But as you know "Politics is For Punks"

It occurred to me that alter-egos could go on forever, like two mirrors facing each other - and then the reflection is a mirror inside a mrror inside a mirror and so on to infinity...

With that, I'd like to introduce you to Barry's alter-ego, Harry...

Kinda like the slice-bread theory of dimensions that BB was talking about several blog postings ago...

Anyway,I thought I'd let you know that I stumbled upon Harry's blog -where he rants about Terry, who he claims is in the cell next to Larry at the Yoni School of Wayward Poets, although Terry tends to write creative non-fiction rather than poetry, hence he's been given a longer sentence - nine years.

who's who?
mirror images are confusing

Whatever,Labahate,I disinctly rememeber a picture of a bold guy on a blog post. Not the one with the Octoberfest posting. It hadn't even occurred to me that that one was a mirror image of who's who. The one I remember was not only a bold man looking like hwsrn,it was a bold picture.

Don't tell me I dreamed that. I feel twilight zony, spooked...

As I said, mirror images are confusing...

That's it!!!!!! The kids have been teasing me all weekend about Alzheimers. (Trying to get away with things I supposedly had said "yes" too.) Of course forgetting things is what lead up to it. I had forgotten that I recently read your featured story.
Oh well, at least I am out of the twilight zone. Thanks Harry... mmmmm...jerry...mmmm...Barry, mmm...Terry mmmm.........LARRY!!!!