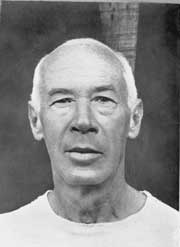 When and where does creation cease? And what can a mere writer create that has not already been created? Nothing. The writer rearranges the gray matter in his noodle. He makes a beginning and an end -- the very opposite of creation! -- and in between, where he shuffles around, or more properly is shuffled around, there is born the imitation of reality: a book. Some books have altered the face of the world. Rearrangement, nothing more. The problems of life remain. A face may be lifted, but one's age is indelible. Books have no effect. Authors have no effect. The effect was given in the first Cause. Where wert thou when I created the world? Answer that and you have solved the riddle of creation!

We write, knowing we are licked before we start. Every day we beg for fresh torment. The more we itch and scratch the better we feel. And when our readers also begin to itch and scratch we feel sublime. Let no one die of inanition! The airs must ever swarm with arrows of thought delivered by les hommes de lettres.
From: Nexus, Chapter 16

There's more. He was just gettin' on a roll. Larry sez: Read It! Look at that face. Sculptured, like some Mongol (as he says) in disguise. Look at that lantern jaw. Dick Tracy stands in awe. How could you not read it?

For those of you who don't know, aside from all the sexual folderol, Miller's novels Sexus, Plexus, and Nexus are really about his struggle to be a writer (and his crazy life with Anais Nin, called Mona in the books.)
Posted by Larry Keiler at 8:00 PM

1. Exhaustion, as from lack of nourishment or vitality.
2. The condition or quality of being empty.

ah inanition..the sensation I feel after a day of construction meetings..

Read portions of Henry..never finished a book of his...can't remember why...

maybe it was too dense for me or maybe I couldn't fully connect to his type of story telling...

I believe I read about Henry Miller as part of that circle of writers who ended up in France.... living a bohemian lifestyle? At the same time as Hemmingway, etc.? I think Henry was mentioned in Morley Callaghan's autobiography... I believe as well Morley and Ernest got into a boxing match - and Morley won. Probably Ernest had a different idea of who won... it's all perspective, huh?

Larry sez Plexus and Nexus in particular have frequent mentions of Miller's dreams of going to France (and everywhere else besides). In Nexus, his wife takes off for a month or two with her lesbian lover for France (and Austria and who knows where else because they didn't tell Mr. Miller much). The idea was that he was supposed to follow but never made it at that time. However, Mr. Miller did indeed end up in France. Larry's not sure, but it's possible there is a reference to Hemingway in Nexus.

As for Morley and Ernie. Larry thinks even Ernie knew he got beat and afterwards didn't like Morley much. He apparently did a bit of dissembling and excuse-making.

Your site is on top of my favourites - Great work I like it.
»