Who Invented the Boycott? 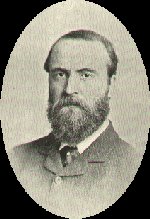 In the 1800s much of the land in Ireland was owned by absentee English landlords. These landlords would appoint a local agent to administer their lands, setting a fixed income (rent) to be remitted. Naturally, the rents were quite high and Irish tenants were hard pressed. The state of British law was such that tenants were unable to get redress for injustices. The high rents meant that there were many evictions. This, combined with self-conscious Irish nationalism, led to much unrest, the seeds of later violence and terrorism.

In the late 1870s the leadership of the Irish Home Rule Party in the British Parliament was assumed by a Protestant nationalist named Charles Stewart Parnell. In this period, Parnell was masterful at manipulating Parliament (a balance of power situation) to make British governance of Ireland both difficult and near the top of the agenda.

"However, though a fanatic in the cause of Irish independence, Parnell was against the more extreme forms of violence and terrorism. The technique he recommended in dealing with tenant evictions was social ostracism rather than the barn burning, cattle mutilation, and murder adopted on a large scale by his countrymen. Anyone who assisted an unjust eviction or took over a farm made available by such an eviction was to be treated as a social leper. One of the first victims of this treatment was a land agent named Charles Boycott, whose ostracism added a new word to the English language." (Quote from The Norton History of Modern Europe, 1971 edition, p. 1146.)

Parnell was jailed and became an Irish nationalist martyr, as so many have done since. However, his reputation was later tarnished because of an affair with a married woman, which caused a split within the Home Rule party when he refused to step down as leader.
Posted by Larry Keiler at 9:06 PM

It doesn't surprise me that the origin of the word "boycott" is from Ireland. Having attended various Irish functions, I was quick to learn that everything we know began in Irish land.

So Parnell became a nationalist Irish martyr. Interesting how terms change in time, huh? Nowadays, a martyr is often one who has gone on to reap the rewards of paradise - meaning, he (or she) is dead through an act of religious/political suicide. Parnell went on to have a mistress - but here on earth...

So Mr Boycott and Mr Mud have things in common - one being as clear as mud... or is it your name is mud... whatever...

Last night Bobby Bacon said, "Put that in your pipe and smoke it".... or was it this morning. We were thinking of expressions from the "olden days" - namely, when we were younger. Ie... "You make a better door than a window," and "I'm not your PLP," that is, your private leaning post.

HWSRN's father used to say, dubious Catholic that he was and is, "Jesus Murphy."

Always wondered who Jesus Murphy was. We can assume, Larry guesses, that he was Irish. Perhaps an acquaintance of Stephen Dedalus?

And is he related to Jesus H. Christ?

Larry guesses that these days, (or the days 100 years ago) you don't have to die to be a martyr. You only have to be imprisoned unjustly for political or religious reasons. (Of course, dying can't hurt. That guy in Afghanistan, now, who's on trial for converting to Christianity...he could well be put on the fast track for sainthood...as were many early Christian martyrs. Larry was taught early on in those devious RC schools that dying for your faith meant instant sainthood. Didn't we all pray that those Huron savages might come and stick burning twigs under our fingernails while we knelt at the shrine in Midland?)

Does use of the 3rd person imply some sort of dissociation? A disavowal of responsibility for the opinions expressed? Or some deep-seated need to detach from disagreeable ego traits?

My mother (of Irish descent) had some great expressions, not the least of which was Jesus Murphy, said loudly and often...

. homely as a hedge fence
. face like a can of worms
. dark as the inside of a cow

and she was big on lore too - she always said it was going to rain if the cows were lying down.

You can hear the farming background in this, right? Her father grew up on a farm in eastern Ontario, his father came here from the Auld Sod a year before he was born. Her father (my grandfather) talked about life on the farm for 85+ years... about ponies and wolves and driving teams of horses with heavy wagons through winter storms. He never really made it as a City Boy even though he became Asst. Auditor General of Canada.

I've always been attracted to horses and farms but the Big City life is in my blood too from 35 years living in Montreal. Just another split inside my psyche where it is sometimes dark as the inside of a cow.

Larry still believes in the truth of that one about cows lying down.

Staying at a farm with in law relatives in Iroquois, I learned that when swallows fly low, it is going to rain.

Has Jesus Murphy anything in common with Murphy's law? Who was Murphy? Good question Mr. Third person.

Maybe talking about self in third person is not disassociation, but just a stepping aside, having a good look at oneself, and come closer that way?

At least, when I wrote memoir stuff in third person it was like that.

Sometimes it's a way to be child like, light hearted. My Mom too spoke in idioms. One of them was: "Little children and drunk people speak the truth." No withholding.

'sfar 'sI know not a drop of Irish blood 'sin me. How can everything I know be Irish then?

OK, "began in Irish land," maybe not same. Though seems to me my knowing comes a lot from French and Jewish... many of my Mom's 'spressions I can trace back to the Bible. Before Jesus Murphy, I assume... ???

Here is a site that seems to have everything you want to know about Murphy's Law.

NB: Larry tested these links. The Murphy's Law link leads to a "Murphy's Law 404 Error" page. But if you click on the "Origin" link on the left side it goes where you want to go.

On this "Error" page it asks you to send an email telling how you reached that page. The whole thing made Larry laugh, so he did just that. But the email got bounced right back to him. Larry now wonders if that's also part of the whole "Error" joke.

Here is a copy of the email Larry sent:

You made me laugh out loud.

A blog that I contribute to got involved in a commentary thread about Murphy' s Law.

So I Googled "Origin of Murphy's Law" and found your site. Copied the URL and put it in a comment. Then I checked the link to find out if it was working and reached your 404 error page.

So, how exactly does that work? As far as I know, I copied the URL for your home page. The link should go there, no? Is this a way of finding out who links to your site?"

Of course, Larry received no reply but the postmaster's notice of failure to deliver.

Murphy's Law: If anything can go wrong, it will.

Webster lists Murphy as a 20th century American inventor. He invented the Murphy Bed. A bed you swing up into a cabinet. We had those when I was a kid.

Oxford lists Murphy as a common Irish name. Murphy is also slang for a potato. Then there is Murphy's button, an invention of an American surgeon to help him reunite parts of intestines. (You wonder, did he also make button holes?)

When they say Jesus Murphy in Ireland, do they mean Jesus potato?

Ofcourse the name Jesus was not restricted to the Lord Saviour. Where he was born the name Jesus was as common as Bob here. When I worked in a department store in Holland, an about seven year old, I think Surinamer, boy hung out in the toy department often and came to talk to me, and his name was Jesus.

Wow, you got me thinking now, Les. Did last names start to be required when all citizens had to go to their birth place to register?
I am trying to think of last names in the Bible. It was usually either where they came from, or what their trade was? John the Baptist. Jesus of Nazaret. I am trying out names. Job. Peter. Paul. Mary. Joseph (carpenter?) Mark. Matthew. No last names mentioned, right? Son of such and so is used. Jesus Murphy Mary and Joseph, never really thought about that. What did that M.A.S.H. guy always say again, "very something and interrresting too? I hate my brain when it only spits up part of the words of what I can hear in rhithm.

Could it be that my brain boycotts me?

Ben Hur's first name was not Ben. Wonder what it was.

Just speculating here, but Larry thinks Jesus' name would have been Jesus ben Yusef (however that might be spelled). But how do you pronounce Jesus in Aramaic or Hebrew or whatever it was they conversed in? Not the Spanish way, Larry thinks, which sounds like "Hey Zeus!"

Does Ben mean son of? Like Jesus son of Yusef?

My father's name was Ben.

'soon's i read "hey Zeus", "Hey Jude" sprang in mind and now i'm stuck with that tune. 's ok. Me like that song. Good ole Beatles. But how did Zeus get to be Spanish? Man, that's Greek to me.

Larry, I thought you said the cows were lying down. It didn't rain today.

And Ben Hur's first name does occur in the movie...is it Judah? Anybody know?

W.T., that was Lulu who said cows were lying down.

And Zeus is Greek, by Jove! But Hey!Zeus! sounds Spanish.

If Murphy made his bed, Larry wonders if he had to lie in it. Did cows join him? And if it rained, did he fold his bed into the wall so as not to get wet? Is this why Murphy invented that bed? Will these infernal questions never end?

Sorry, they were indeed Leslie's cows lying down. So where was the rain, Les?

I'ver ever seen a movie where a guy went to bed and the mechanism of the 'fold into the wall bed' failed and in the wall he went, bed and all. Sjee, no idea when or where, or any surrounding circumstances. Just that picture stayed with me. May have been an Abbot and Costello or another slap stick.

I did know what Murphy's Law means. Long ago I broke my head about that and did my intensive research. Before that I had never heard of Murphy. Not in any culture, context or language.

And why these infernal questions never end is because each answer you get invites a trillon other questions or references. C'est la vie. And vie is funny.

Murphy could've laid himself down in the field with the cows. He may have seen a rainbow. See, protect yourself agains one situation and you miss others, good stuff included. What fun is it to be walled up?

Never watched the movie Ben Hur, so do not know real first name. I've seen clips. So the name Ben Hur for me calls up wild scenes with horses rearing up and men on their backs, fighting with weapons. And by now I have forgotten how he got involved with Murpy. Man, this is getting complicated.